How to Survive at the University if You Are an Introvert 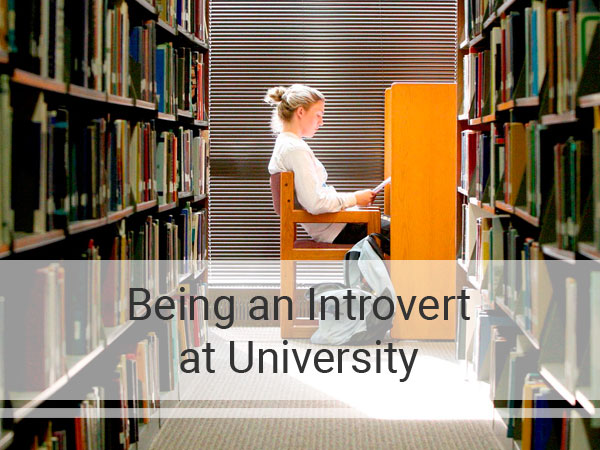 In spite of the fact that introverts comprise almost half of the population, this personality type is often wrongly understood. When asked, “How can you explain the nature of introverts?” or “Who can be considered introverts?” many people would say that these are anti-social people who don’t value social connections. Therefore, hardly any person who is an introvert would like to start college or university with such reputation. Still, prejudiced behavior sometimes takes over and many introverts start to face numerous biases and misconceptions when entering universities.

Starting colleges and universities might be at times hard and challenging for them as the first weeks of studying involve meeting many new people and trying to make friends. New people are everywhere: university halls, classrooms, social gatherings, clubs, and other events. Such excessive socializing is a real burden for introverts who can suffer from the loss of energy in case of such frequent meetings and communication with others. Small talks that are as a rule regarded as a demonstration of politeness can be a real struggle for introverts who prefer more in-depth conversations.

Shawna Courter, an author of a famous blog, has recently written about the aftereffects of introvert’s ignoring of their vital need for solitude. This notion has been called “introvert hangover.” In particular, the author provides examples from her own life and experience when she had blurred vision and even symptoms characteristic of a panic attack. Courter has come to a conclusion that active socializing leads to emotional burnouts much quicker in introverts rather than in extroverts.

Since the blog writer has valuable experience in striking a balance between wishing to become approachable and wanting to retreat to her room, she has provided some tips for introverts, which might help them survive the social pressure. In particular, in her blog, the author shares her ways of fighting for the right of being an introvert in college.

So, do not be worried about some people’s desire to socialize with you. Most importantly, try to explain politely that you have other values and interests and that you need less socializing than they do.